A thing of beauty is a joy for ever:
Its loveliness increases; it will never
Pass into nothingness; but still will keep
A bower quiet for us, and a sleep
Full of sweet dreams, and health, and quiet breathing.
Therefore, on every morrow, are we wreathing
A flowery band to bind us to the earth,
Spite of despondence, of the inhuman dearth
Of noble natures, of the gloomy days,
Of all the unhealthy and o’er-darkened ways
Made for our searching: yes, in spite of all,
Some shape of beauty moves away the pall
From our dark spirits. 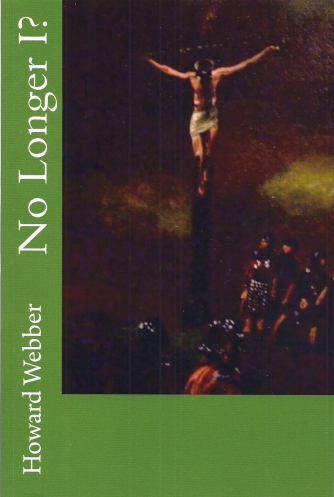 I first met Howard Webber back in the 1970s while working in the Pathology Department of Northampton General Hospital and studying to become Medical Laboratory Scientific Officer. Howard was also in the same line of work and moved to Northampton to take up a position in the Biochemistry Department, the branch of pathology in which I had decided to specialise.

We soon realised that we were both Salvationists, and later discovered we also shared the call of God to change direction from our chosen careers to follow vocations as full-time Salvation Army Officers, ministers of religion appointed to corps (church) leadership or other areas of Christian ministry. We both took this step of faith independently, and the majority of both our working lives have been following this calling. Howard is now an officer in retirement, a club I am soon to join in July this year.

The first part of Howard’s book ‘No Longer I?’ is a candid account of his rich and various experiences in corps life, along with his struggles in those situations (some intensely personal) and the eventual discovery of answers. The second part explores those issues in the light of scripture and is more devotional in style. Both parts work well together, as Howard describes and explores the ups and downs, the joys and the sorrows, on his own journey of faith. He tells it as it is, and I found his writing refreshingly open, honest and powerful.

Let me quote the opening paragraph: I have something I need to say before you go, ‘Miss Barrett called out as I closed the lounge door, so I opened it again and stepped back into the room. Following a brief preamble she got to the point of why she had called me back, ‘I need to tell you that you are the worst officer (minister) this corps (church) has ever had!’ Those harsh words of indictment, spoken in judgment at the end of his first appointment, set the tone for compelling lessons in practical Christian discipleship woven throughout the pages of the book.

This isn’t just a book for Salvationists, but one for anyone desiring to reach into the heart of Christian life and ministry. Maybe a devotional book for Lent?

Note: The title of the book comes from Paul’s Letter to the Galatians: I have been crucified with Christ; it is no longer I who live, but Christ who lives in me; and the life I now live in the flesh I live by faith in the Son of God, who loved me and gave himself for me. (Galatians 2:20 RSV)