It’s rare for me not to finish a book, but I simply couldn’t connect with these stories. The main story in this book is a classic, the plot of many dramas, but it did nothing for me. Too many words, and a meandering narrative seemingly getting nowhere. It might be me, but I can only respond as I feel.

I bought the Kindle edition of this book because Naomi and I had recently watched The Haunting of Bly Manor on Netflix, which is based on The Turn of the Screw by Henry James. The drama was truly scary, the book not at all.

You can find me on Goodreads (click the link), and see all my 2021 books here.

I’m a great supporter of the BBC and all the services it provides (advert free) funded by a licence fee, one which is fantastic value for money. BBC Headroom (an excellent example) is a mental health toolkit, a site that’s especially important with all the current challenges created by the coronavirus lockdown.

We know we can’t solve all your troubles, but we can give you tools to help.

Whether it is everyday tips, sounds to relax your mind, strategies to cope with parenting right now or films to get you talking, we are here to help you look after yourself and your loved ones.

It’s a really helpful site, one that’s well browsing. Lockdown or not, we all need to look after our mental health and wellbeing. So, why not check out these great resources?

Yes, Die Hard was released in July 1988 as a summer blockbuster, but everything about it shouts CHRISTMAS. It’s both a Christmas movie AND a movie set at Christmas. It’s been criticised for its swearing, violence and moral ambiguity, but it does contain themes of forgiveness, redemption, reconciliation, healing and transformation. It also ends with the characteristic warm glow of Christmas movies. The latter being emphasised by the end credits music Let It Snow! Let It Snow! Let It Snow! and Beethoven’s Ode to Joy, a recurring thematic and musical motif throughout the movie.

Die Hard has acquired status as a Christmas movie over the years since its release, although others would totally disagree with this attribution. Both sides can be very vocal when expressing their view, some allowing no discussion – it just IS a Christmas movie, end of.

Let’s consider the evidence. Christmas is integral to the story, John McClane (played by Bruce Willis) was in Los Angeles because of the season. The Nakatomi Plaza (where the action takes place) only had minimal staffing because of the Christmas break, this being the reason why Hans Gruber (played by Alan Rickman) chose Christmas Eve to take over the building. There was a Christmas party happening in the building with the head of the corporation present. One crucial scene features a gruesome, yet humorous reference to Father Christmas, and another references a miracle because it was Christmas. Finally, McClane’s wife is called Holly, and the start of this poem is quoted, ‘Twas the night before Christmas.

The Crown is one of those television drama series that divides opinion, partly because of the range of views people have about the monarchy, but also because the script is largely speculation. Naomi and I have just finished watching Season 4 on Netflix.

The fourth season covers the time period between 1977 and 1990, is set during Margaret Thatcher’s premiership, and introduces Lady Diana Spencer and Prince William. Events depicted include the wedding of Prince Charles and Lady Diana Spencer, their 1983 tour of Australia and New Zealand, the Falklands War, Michael Fagan’s break-in at Buckingham Palace, Lord Mountbatten’s funeral, the Princess of Wales’s appearance at the Barnardo’s Champion Children Awards, and Thatcher’s departure from office. Wikipedia.

Whatever your feelings about the monarchy or the drama itself, the series has been beautifully crafted with some great acting performances. Olivia Colman is wonderful as the Queen, Gillian Anderson portrays Margaret Thatcher brilliantly, and (especially in one episode) Helena Bonham Carter gives the performance of her life as Princess Margaret. For the full cast, see here. The magnificent theme music by Hans Zimmer is also worthy of mention.

It’s worth watching, but just remember it’s drama not history in the strictest sense, it’s only dramatising the thoughts we probably all have about the Royal Family. Monarchists will complain it’s making them look bad, others will argue that they’re doing a good job of this themselves, as this article in the The Guardian suggests.

Note: I’ve never been a Margaret Thatcher fan, so I especially enjoyed watching her downfall. Yes, very naughty of me!

I recently posted on Facebook and Twitter: We’ve watched two episodes of HUMANS on Netflix, but we’re not totally hooked. Convince us to keep watching…

We received a variety of responses, mainly ones that suggested we give up, with some only managing one or two episodes. Equally, there were those who were very positive and urged us to keep going.

We actually gave up and watched another series, but came back to HUMANS, and we’re glad we did. From the third episode we were hooked and we’re currently on the second season.

Like all good science fiction drama and writing, it asks deep questions about life, and in this case what it means to be truly human. The series explores the themes of artificial intelligence and robotics, focusing on the social, cultural, and psychological impact of the invention of anthropomorphic robots called ‘synths’.

Without giving too much away, some of these synths become fully sentient and experience consciousness, a truly difficult concept to get your head around. As I write this, I know that I am a sentient being, but I have absolutely no way of proving that you have a similar experience, I simply have to make the assumption that you do.

Update 10/11/20: We watched the final episode and were pleased we did. The whole series raises so many ethical and philosophical issues that are totally relevant to life today, brilliant and thought-provoking. Be prepared to invest in it and you will be amply repaid.

Not to be confused with the Christian doctrine or the band, The Fall is a gritty police drama on Netflix that Naomi and I have recently finished watching.

Like many modern crime dramas it’s not for the faint-hearted, this is no Dixon of Dock Green. Originally shown on BBC, it features Gillian Anderson and Jamie Dornan in the leading roles. The script is excellent, and the acting of the whole cast is of the highest order, here is a drama with real suspense and menace maintained over three seasons.

I don’t know how we missed it first time round, but we were delighted to catch up with it on Netflix. We can thoroughly recommend it, just don’t have nightmares.

Note: Some people were disappointed with the ending, but I thought it was excellent. The last episode was (in addition to the drama) a very thoughtful and deep one. It brought together many of the characters’ feelings and emotions that had been a developing focus throughout.

My two young girls (Matilda 3 and Pollyanna 2) absolutely love Peppa Pig, and I have to say it’s very good. This video clip is pure comedy gold and beautifully timed, a measured narrative with a perfectly delivered punch line. One that everyone can enjoy, we’ve all been there!

Having criticised ITV2 the other day for showing Contagion, Naomi and I watched it on Netflix last night. The plot is very topical and concerns the spread of a novel virus transmitted by fomites, the attempts by medical researchers and public health officials to identify and contain the disease, the loss of social order in a pandemic, and the introduction of a vaccine to halt its spread.

At times it felt like watching a documentary as well as a narrative story. The movie has several interacting plot lines, making use of the multi-narrative hyperlink cinema style, and finishes with a very thought-provoking ending. I gave the movie 8/10 on IMDb. It would have been higher had the movie better conveyed a sense of fear and dread, but we’ve got plenty of that in real life right now. 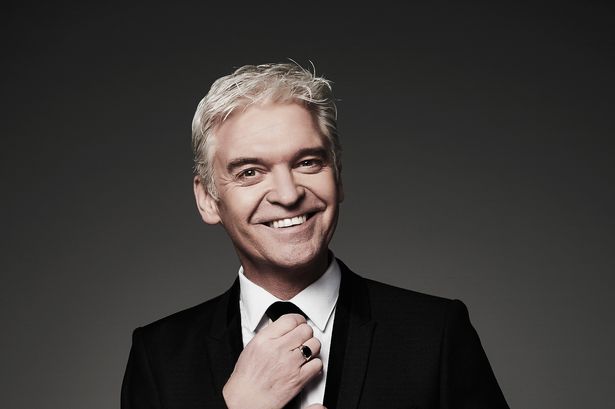 I write as a straight man, even though someone once found my website using the phrase ‘is john ager gay’, but also as someone who seeks to empathise and understand those who struggle with their sexuality and societal attitudes.

It came as a complete surprise when I heard this morning that Phillip Schofield had come out as gay, even if there were those who said they always knew.

Much has already been spoken and written about this, and I can’t possibly (nor do I intend to) cover all the issues raised by this announcement. However, I would like to raise questions of why it’s so difficult for people to come out, and why can’t people be allowed to be who they are in the first place?

I found a number of well-articulated comments on Twitter helpful in this important discussion and I leave them with you:

Owen Jones: It’s up to all LGBTQ people how or when or whether they come out. But when someone with a public platform comes out, it helps people who are struggling with their sexuality. Love and support to [Phillip Scofield]

Patrick Strudwick: Next year will be 30 yrs since I came out. (14, at my comprehensive school, it stopped me killing myself). To STILL see people trapped in the closet for decades before having desperate, highly-charged comings out reveals how little things have changed. We have so much more to do.

Sam Wise: [Phillip Schofield] grew up in a time when gay people didn’t have any rights and nobody can blame him for feeling he could not come out. Still today homophobia is alive in our society and people in the public eye feel they can’t be who they are…the fact that [he] has only felt able [to] come out now says more about our society than it does him. He’s made a courageous step today and the fact his wife and kids are right behind him with love and support is excellent.

Coming to terms with and being your authentic self is never easy, especially in the public eye. Phillip and his family deserve our love and support.

There’s not much that hasn’t already been said about David Bowie, who was taken from us three years ago and who would have been 72 years old today; but I didn’t want the milestone to go unmentioned.

I’ve always been fascinated by his music, his creativity, changes of style, his collaborations, and his determination to set trends rather than follow them. An example of the latter is that while punk was happening, he was at the Hansa Studio in Berlin crafting a totally new sound for what became the Low album.

While working in the office at home today, I enjoyed listening to David Bowie’s Glastonbury appearance in 2000 on Spotify. There’s a great selection of his songs, some of which (for example, Hallo Spaceboy) I prefer to hear live. I well remember watching his set at the time on television, one of the truly great Glastonbury performances.

Note: This might possibly have been my favourite live album of 2018 had I heard it during the year, as it happens another Bowie live album to that accolade. See here.