My online friend Helen Austin (who has previously contributed a guest post) wrote this three years ago. I share it here (with permission). Artwork by another online friend Adam Howie, a piece he chose especially for Helen’s words.

We are complicated and complex.
Don’t give up on us.

We are all broken.
Broken people.
But there is hope.
Life doesn’t have to stay broken.
It can heal.
Move forwards.
Be different.

It will never be the same again. As it was before we broke.
But it can be beautiful again.
It really can.
Beautiful in its brokenness.

Don’t give up. On people. On us.
On you.
Don’t give up on yourself.
You belong here.
You are loved.
You are being thought of right now. 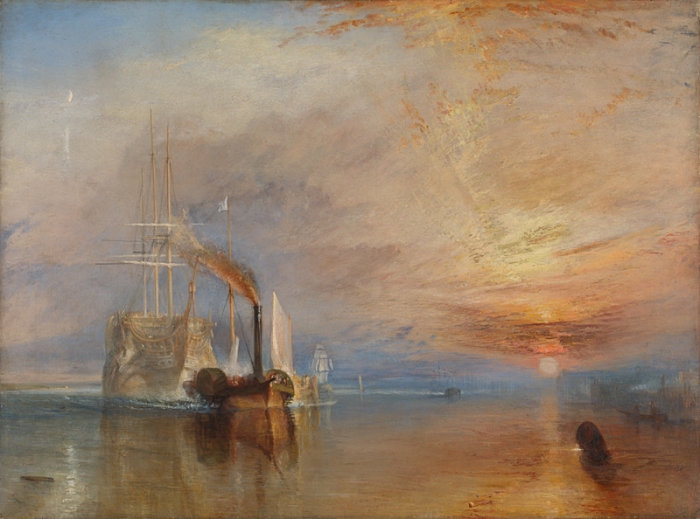 It’s not often I travel to London these days, and I can’t actually remember the last time I visited. One of my favourite places in London is the National Gallery, where many of the paintings on display feel like old friends. The Fighting Temeraire by Joseph Mallord William Turner is one of those old friends, a familiar point of reference amongst the myriad of paintings.

Turner’s painting shows the final journey of the Temeraire, as the ship is towed from Sheerness in Kent along the river Thames to Rotherhithe in south-east London, where it was to be scrapped. The veteran warship had played a distinguished role in the Battle of Trafalgar in 1805, but by 1838 was over 40 years old and had been sold off by the Admiralty.

Not only am I currently separated from London by distance and circumstances, the gallery is also closed because of the coronavirus pandemic. Fortunately, it’s still possible to view the collection online, read detailed descriptions of the paintings, watch informative videos and have a virtual tour.

In worship this morning at Wallsend Salvation Army we considered the Transfiguration of Jesus in Matthew 17:1-9. I used an audio daily devotional from Our Daily Bread entitled Live Wire and the following poem by Malcolm Guite.

For that one moment, ‘in and out of time’,
On that one mountain where all moments meet,
The daily veil that covers the sublime
In darkling glass fell dazzled at his feet.

There were no angels full of eyes and wings
Just living glory full of truth and grace.
The Love that dances at the heart of things
Shone out upon us from a human face

And to that light the light in us leaped up,
We felt it quicken somewhere deep within,
A sudden blaze of long-extinguished hope
Trembled and tingled through the tender skin.

Nor can this blackened sky, this darkened scar
Eclipse that glimpse of how things really are.

I discovered the poetry and prose of Malcolm Guite a few years ago and I turn to them regularly for private devotions and public worship. Click on the painting by Lewis Bowman for more information.

It seems to me there’s an element in the English psyche that needs an enemy to fight, a dragon for St George (a foreigner by the way) to slay; an element that harks back to the Second World War and an imagined golden age. In the absence of a current aggressor, that role has been taken for many years by the European Union, which the United Kingdom voted to leave in 2016 by a narrow majority in a divisive referendum.

The benefits of EU membership have never really been promoted, and often lies about the EU have been perpetuated that have established themselves in our national identity. For decades politicians have also been content to blame their failures on the EU because it’s been politically expedient for them to do so.

We dubiously lift ourselves up by putting others down, insulting the Germans (for example), and hating others rather than working together for the common good, even if we hurt ourselves in the process. The latter is especially so in the possible no-deal Brexit scenario, as this would have catastrophic consequences for the UK.

For some who voted Brexit, the ‘enemy’ is now those who voted to remain in the EU, often referred to as ‘traitors’ and ‘enemies of the people’. This attitude is unhelpful and dangerous as it opens the way for far-right extremists to gain influence and power, history reminding us this never ends well.

Somehow, our nation needs to unite and find the best way forward, but I’m not sure how this can happen, and I’m concerned about the country I love.