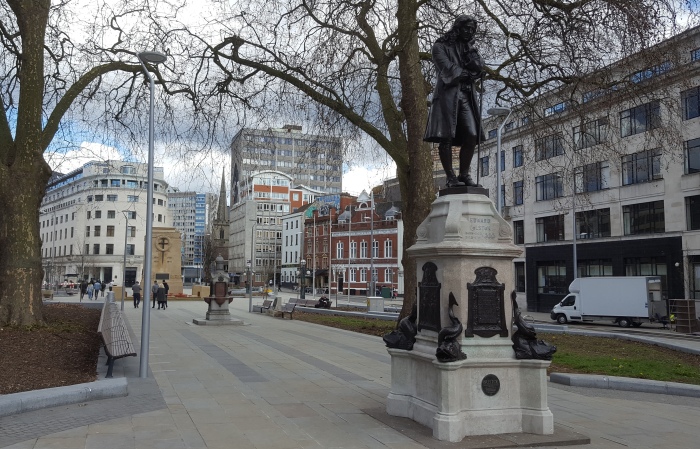 During today’s ongoing worldwide anti-racist demonstrations, a statue of slave trader Edward Colston in Bristol was toppled and unceremoniously dumped in the harbour. You can see the BBC News report of the demonstrations here.

For now though, let’s park our thoughts about the rights and wrongs of tearing down a statue, and simply seek to empathise with how black people would have felt walking past Edward Colston every day. In this highly-charged atmosphere, with the added tensions of coronavirus, we need to keep our focus on the deep issues of racism and white privilege. Let’s discuss these issues respectfully and communicate with grace.

Knowing the history of Bristol, I personally feel that the statue should have been taken down officially and (possibly) placed in a museum long ago. Such an official act could have acknowledged the hurt of the past and brought people together. It could have been a profound moment of repentance, redemption, reconciliation and renewal. Sadly, that moment has been lost.

In these difficult and challenging times we need visionary leaders in all countries and at all levels, unfortunately they currently they seem to be few and far between.

Note: I attended a Yes concert in Colston Hall in the 1970s. They played Tales from Topographic Oceans in full before the album was released in 1973.

One thought on “Edward Colston Statue in Bristol”