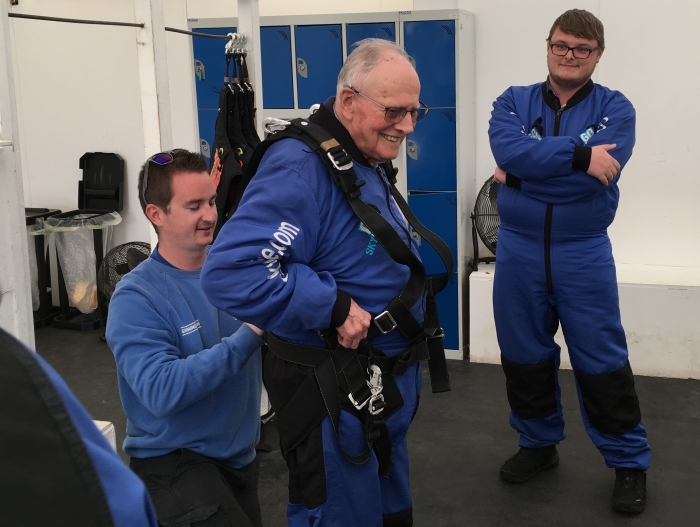 Commissioner Harry Read is a retired Salvation Army Officer who was my Training Principal while I was at the William Booth College in London between 1978-1980. Harry is also a D-Day veteran who parachuted into Normandy in 1944. At the age of 94, he made another parachute jump to raise funds for Salvation Army work to combat modern slavery and human trafficking. Amongst his many gifts, this fine Christian leader is also a poet, and I often use his insightful poetry while leading worship. Well done Harry! 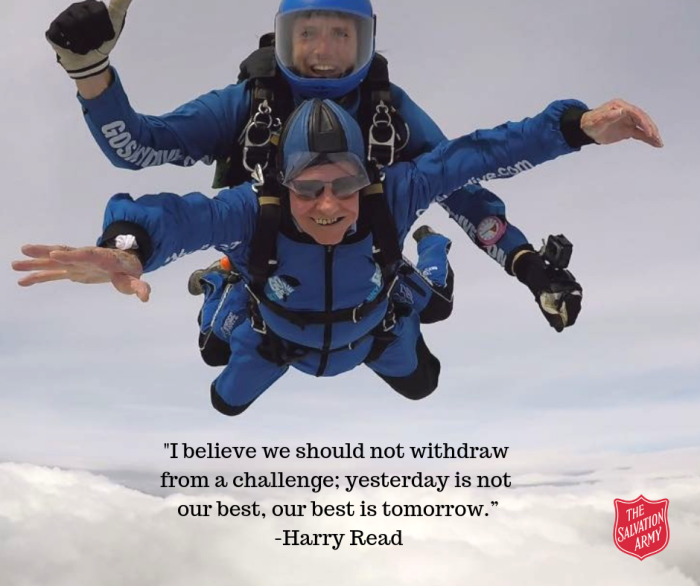 Note: I’m grateful to Margaret Ord for the photo of Harry preparing for his jump.