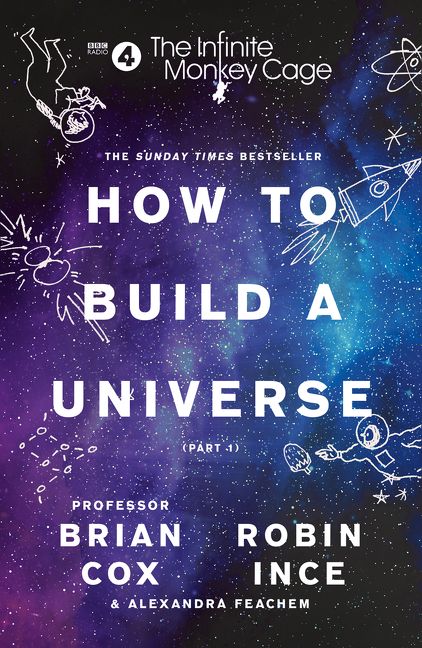 I always like to be reading a popular science book, and I’ve recently finished this excellent book by Professor Brian Cox & Robin Ince. It’s based on the acclaimed BBC Radio and podcast The Infinite Monkey Cage. It’s witty and comedic, an irreverent celebration of science and the wonders of the universe; totally silly in places and incredibly thought-provoking and mind-blowing in others.

Having three young children has meant that my reading habits have declined of late, but this was one of the books helping me get back into it; not least because this one is in a magazine format with diagrams, photos and lines drawings enhancing the text and dividing into manageable size chunks.

The title The Infinite Monkey Cage comes from the infinite monkey theorem which states that a monkey hitting keys at random on a typewriter keyboard for an infinite amount of time will almost surely type a given text, such as the complete works of William Shakespeare. In fact, the monkey would almost surely type every possible finite text an infinite number of times. However, the probability that monkeys filling the observable universe would type a complete work such as Shakespeare’s Hamlet is so tiny that the chance of it occurring during a period of time hundreds of thousands of orders of magnitude longer than the age of the universe is extremely low (but technically not zero). Wikipedia